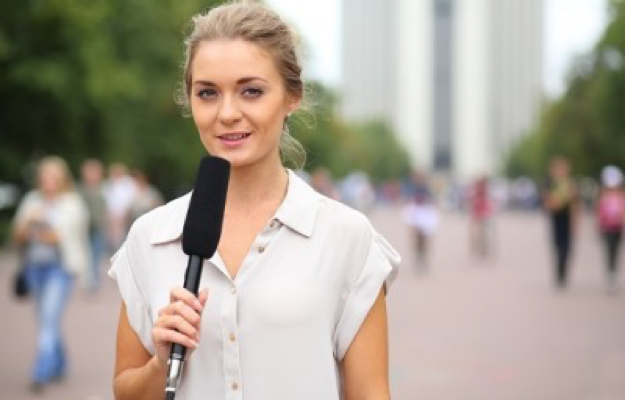 The Janet Chusmir Memorial Scholarship Endowment was established in 1991 in memory of Janet Chusmir, former executive editor of the Miami Herald. She was the paper’s first female editor and guided the newspaper to two Pulitzer Prizes. $2,500 awards are available to high-school seniors, community college transfer students, undergraduate and graduate college students who are pursuing any major within the School of Communication and journalism (SCJ).

“The Janet Chusmir scholarship has allowed me to move to DC to intern in at The Woodrow Wilson Center and the FIU in DC Oﬃce. It has relieved the financial and emotional burden of the living costs that come with being a first-generation college student and interning in the nation's capital. I have been able to focus on gaining new skills and networking to advance my career once I graduate. I am very thankful for this opportunity which would not have been possible without the Janet Chusmir scholarship.”
—Nareemah Griffiths, Events Intern, Woodrow Wilson International Center for Scholars and follow-on placement at CARTA’s South Florida News Service Washington, D.C. Bureau

“I chose to attend Florida International University for its ability to give so much aid to its students, as it’s the only way I can make my dreams come true. I am one of the 89% of full-time undergraduate students at FIU that receive some type of aid. Federal grants, thousands of dollars of loans, and my multiple on-campus jobs have all gotten me closer to making my dreams a reality. I’m now on my final semester of college, interning in Washington, D.C. for the Woodrow Wilson Inter-national Center for Scholars for the Latin American Program. This dream has become a reality with the generous donations that create scholarships like the Janet Chusmir Fund for CARTA students.”